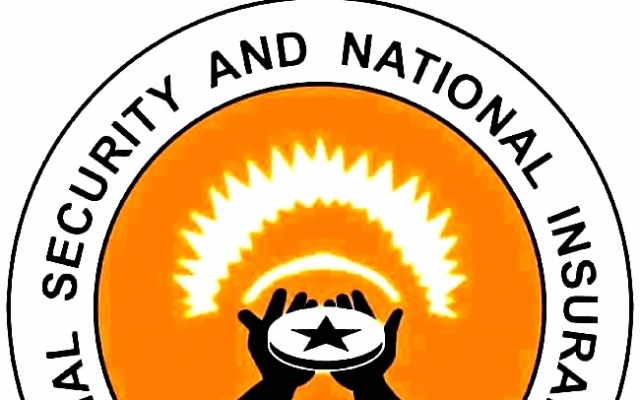 For the first time since its establishment decades ago, the Social Security and National Insurance Trust (SSNIT) has said it will not be investing in real estate in the medium- to long-term until its portfolio has been rebalanced.

Since 2016, SSNIT has been paying out more benefits than receiving contributions – and this has alarmed the new management led by Dr. Ofori-Tenkorang, who is heading the implementation of several cost-cutting measures.

The marketing department, Dr. Ofori-Tenkorang told journalists, has been tasked to intensify marketing activities to sell off housing units without waiting for their total completion.

Data behind the change in tactics

In 2016, the pensions giant paid out a total GH¢1.7billion to 174,164 pensioners and other beneficiaries while it collected only GH¢1.54billion.

With a 10 percent increment in benefits across the board in January 2018, the amount of benefits paid is expected to increase further – but with a total of 209,551 new members added onto the scheme, there is possibility of a balance or a reduced negative difference.

“We must register more people for the scheme,” Dr. Ofori-Tenkorang said, noting that whereas SSNIT has about 66,000 establishments on its roll, the Registrar-General’s Department has over 250,000 registered establishments.

“The trust has therefore initiated collaborations with the Registrar-General’s Department and the Ghana Revenue Authority (GRA) to connect to their databases to get on board all active registered establishments. The trust is also collaborating with the National Identification System to leverage on its platform to reduce the cost of producing new membership cards,” he added.

Even though SSNIT has investments in institutions such as banks, hotels, commercial properties, car parks and hospitals, the life and blood of the trust is its contributions – and some analysts have argued that if it does not increase the rate of contributions, the scheme’s future could be bleak.

On investments, the Trust’s Director-General noted that the investment portfolio registered a 5.77 percent real return in 2017 as against -5.93percent in 2016. The 2017 performance, he explained, was above the external actuarial target of 3.25 percent.

The Trust’s total investment assets as at September 2018 stood at GH¢9.38billion, representing a 2.4 percent growth in asset value compared to September 2017’s value of GH¢9.16billion.

To increase value from short-term investments, he said the trust has revised its Treasury policy and now places funds with commercial banks and other financial institutions at Treasury bill plus a minimum of 3 percent as against the former policy of Treasury bill plus 1 percent.

Dr. Ofori-Tenkorang added that the current board and management are unwavering in their resolve and commitment to build a Trust whose existence and success is not just based on the law but an unequivocal track-0record of consistent results, delivery of value to stakeholders and an appreciation of the benefits a secure retirement offers every worker.

“This includes extending coverage for those in the informal sector. Substantial progress will be made in these areas to turn the Trust around and position it for further growth that will positively impact our national development in the coming years,” he said.