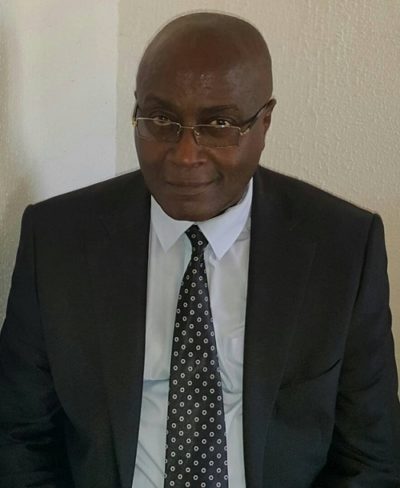 An expert in corporate governance, Dr. Richmond Atuahene, has said the Bank of Ghana is partly responsible for the recent collapse of seven indigenous banks – due to laxity on its part as a regulator.

The Bank of Ghana, last week, declared five banks —Unibank, Sovereign, Construction, Beige and Royal— insolvent and revoked their licences then merged them into what it has been christened the Consolidated Bank Ghana Limited.

This comes only a few months after it revoked the licences of the UT and other banks which were also indigenously owned.

The BoG said some of those banks were significantly undercapitalised and beyond rehabilitation, while others supposedly obtained their licences under false pretences.

This, Dr. Atuahene said, is unpardonable on the part of the regulator as it was not vigilant enough and watched as such activities happened – only to end up taking reactive measures.

“The Bank of Ghana’s dealings with the weak banks have been more reactive than proactive. The Bank of Ghana never incorporated forward-looking tools — an early warning system, review of the existing corporate governance structures and management, and stress testing — to identify the weak banks at an early stage. It also did not act promptly to intervene at an early stage,” Dr. Atuahene told the B&FT in an interview.

He further stated that the central bank has been ineffective in enforcing its mandate, thereby contributing to the industry’s distress.

“Uneven supervision and inadequate enforcement have played a significant role in exacerbating the problems associated with widespread financial distress and bank failures over the past decade. The Bank of Ghana has been ineffective in foreseeing and supervising the massive changes since 2003 when universal banking model was introduced, or in eliminating the pervasive corporate governance failures…

“No one was held accountable for addressing the key banking industry issues such as risk management, corporate governance, cross-regulatory coordination, enforcement, Basel 11, IFRS, legal prosecution or ensuring examination policies, follow-ups and procedures were well-adapted to emerging issues in the prevailing environment.

“Enforcement was the biggest failure among surveillance processes. Despite the fact that Bank of Ghana had all the needed powers under the Banking Act, it could not enforce the examination recommendations,” he said.

The central banks’ staff who are found to have been negligent in their duties must not keep their jobs but face prosecution, he said.

The failure of the banks comes at a great cost to the economy— GH¢8billion— after the central bank announced that a GH¢5.7billion bond will be issued to finance the gap between liabilities and assets of the five consolidated banks, after already dolling out a GH¢2.2billion bond to settle the liabilities of UT and Capital Banks: the first two banks to go down.

Concerns have been raised that this will damage the country’s fiscal performance under the ongoing IMF programme.

But the Governor of the Bank of Ghana, Dr. Ernest Addison, has insisted that the bond will not affect the IMF’s assessment.

“In our discussions with the IMF, because of the importance that the Fund attaches to financial sector issues, debts which government issues to solve financial sector problems are not part of what is used to assess fiscal performance.

“So, the financial sector is very critical and, therefore, we have been able to agree with them that this is not going to be part of the fiscal assessment for 2018,” Dr. Addison told the media.